Heat issues are a thing of the past!

At least that’s what some grow light manufacturers would have you believe.

They make it sound like their lights produce no heat whatsoever.

Or that they deal with heat so efficiently that your grow room will stay at the perfect temperature on its own.

Those are all flat-out lies.

So do grow lights produce heat no matter which ones they are, then? Or is there an option that runs completely cool?

Keep reading to learn everything you need to know about grow lights and heat, including the most important information: which ones produce the most and which the least.

Yes, grow lights produce heat. But how much heat they produce differs greatly. That said, there is no cool-running grow light. In order to produce the level of output you need to flower plants, you need to accept heat as a byproduct.

We are going to look at the relationship between light and heat next, before we get into which types of grow lights produce the most heat, and which ones produce the least.

About Light And Heat 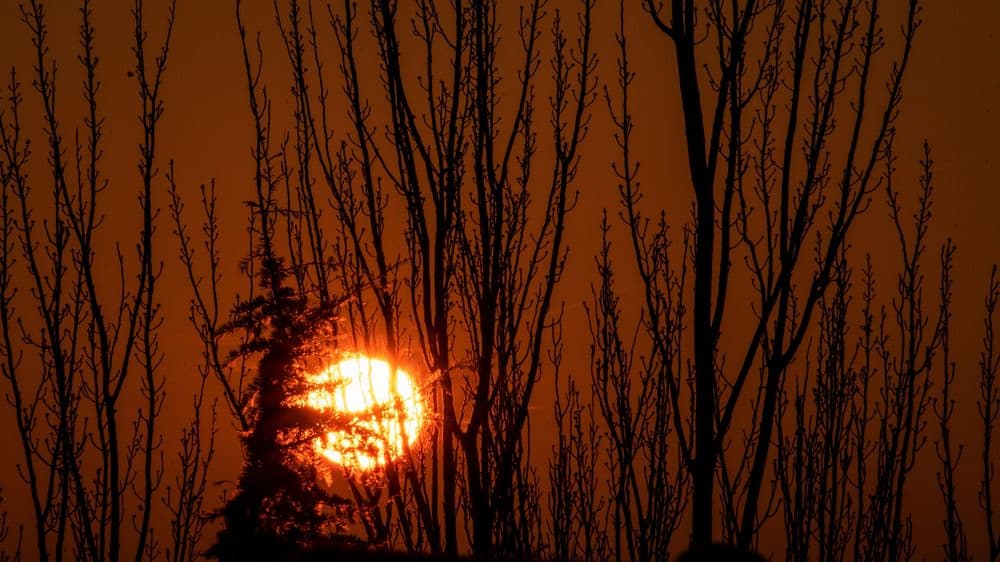 Every light source produces some heat. Light is essentially energy in the form of light, and it will cause any surface or organism that it contacts to absorb some amount of the energy. The atoms in light are moving fast and the fast movement causes the sensation of heat.

Not all light is equal and not all surfaces absorb the light the same way. There is plenty of nuance around the question of light and heat and heat absorption.

Metals tend to absorb heat the best. For example, silver and copper are excellent at heat absorption because of the molecular structure of the metals.

Organic matter like cannabis leaves like to have some heat and the leaves absorb the heat from light quite efficiently.

Grow Lights That Produce The Most Heat

We are going to ignore light sources like incandescent here. These produce a ton of heat for their output, but since the bulbs are never that powerful, they emit less heat than the two types below. It is for that reason that incandescent bulbs are not suitable as grow lights and that is why we can safely ignore them here.

Metal Halide lamps (MH for short) produce the most heat. Some large MH lamps can reach a temperature of 2000° Fahrenheit. This is extremely hot and can also be quite dangerous.

Of course, smaller fixtures will not reach that level of heat, but you can see in this example that MH fixtures can get ridiculously hot. If you use metal halide lights in your grow room, you will need to have a plan to deal with the heat. HPS lamps produce a tone of heat as well. They do not emit quite as much as metal halide, but they are not far off. HPS bulbs will get extremely hot to the touch and can quite dangerous, if hang them too close to something than can catch fire. If you grow with HPS, heat will always be a major issue.

The following two types of grow lights produce far less heat than the two above. But they still produce a lot of heat. You need to be aware of that and plan accordingly. Unless you have a very small grow, you will need a ventilations system to deal with the heat.

Fluorescent lights do not produce nearly as much heat as incandescent bulbs or traditional grow lights, like MH or HPS. However, fluorescent lamps do still get extremely hot. The reason you don’t notice this is because they are much less powerful.

If you have a small grow, you do not notice the heat from these lights. But if you were to use fluorescent bulbs for a large grow, you would need so many of them to create sufficient light output that the heat output would be insane.

This is why large grow operations do not use fluorescent bulbs for flowering. And usually not for vegging either. They often use them for seedlings and clones, however. LED fixtures produce the least heat of all the popular grow light solutions. They do still produce heat, and larger ones can get quite hot to the touch. They are cooler burning because they are not producing light as a side effect of a heat event like incandescent.

Incandescent lamps burn a filament and that burning action creates light as a side effect. That is why those fixtures are much hotter. Most of the electricity is converted into heat, and only a small part is converted into light.

But it is important to understand that, while the bulb itself does not get hot, there is still heat being generated. In an LED fixture, that heat is transferred to the heat sink. That means it still gets into your grow room and you still need to deal with it. But again, it is less heat than other types of lighting.

Is Heat Good For Cannabis Plants?

Yes, weed plants like to be warm. They love to be between 70° to 80° F during the day and about 10° to 15° degrees cooler at night. Some people like to keep them warmer than 80°, but the general consensus is to keep your plants between 70° and 75° with 80° being at the top of the spectrum.

That is not to say that there are not successful growers who routinely keep their plants higher than 80° F. In fact, some claim it is better for the final harvest if you keep your plants over 80° throughout the growth cycle.

Grow lights produce heat and your plants will generally tolerate that heat quite well, as long as the air is moving, and the heat does not get too high or stay focused on one area of the plant for too long. High heat can come and go but if it stays on your plants for too long, it can harm them.

What Happens If Your Plants Get Too Hot? If your plants are getting too much heat, you can see some signals that it is time to lay off the heat. Some leaves can start to produce brownish or yellowish spots and even burn in some areas, usually starting with the tips of the leaves.

Too much heat can also stunt the growth of your plants and cause them to lose potency later in the flowering process. If your plants are getting too much heat and simultaneously not enough water, they can start to appear wilted and eventually die.

How Hot Is Too Hot For Weed?

85° or so is considered too hot. The main reason this temperature is too high is that the terpenes begin to evaporate at this temperature. This is obviously a bad thing, since terpenes have so much to do with the potency and aroma of your buds.

Subjecting you marijuana plants to temperatures 85° and higher will also stunt bud growth, which is a very bad thing no matter what your opinion on temperature is.

What Happens If Your Plants Get Too Cold? On the extreme end, if your plant freezes at the roots it can die. However, a plant does not need to freeze to be damaged by the cold.

What Is The Coldest Safe Temperature For Cannabis?

Most cannabis can handle a fair amount of cold weather, as long as it does not last for too long. Like most issues in the cannabis world, there are differing opinions on how cold a weed plant can get before it’s too cold. The general consensus is that somewhere around 40° Fahrenheit is the limit. Too much lower than that and it is going to have a detrimental effect on your plants.

All grow lights produce heat. Even the top LED grow lights on the market. I know many LED manufacturers will tell you their lights run cool and you no longer have to worry about cooling your tent if you use them.

That is a flat out lie. Producing light results in heat. Always. Now, some LED grow lights do produce less heat than other, but the difference is not huge. More importantly, some deal with he heat better than others. But that heat still gets dissipated into your grow room, where you have to deal with it. There is no way around that.