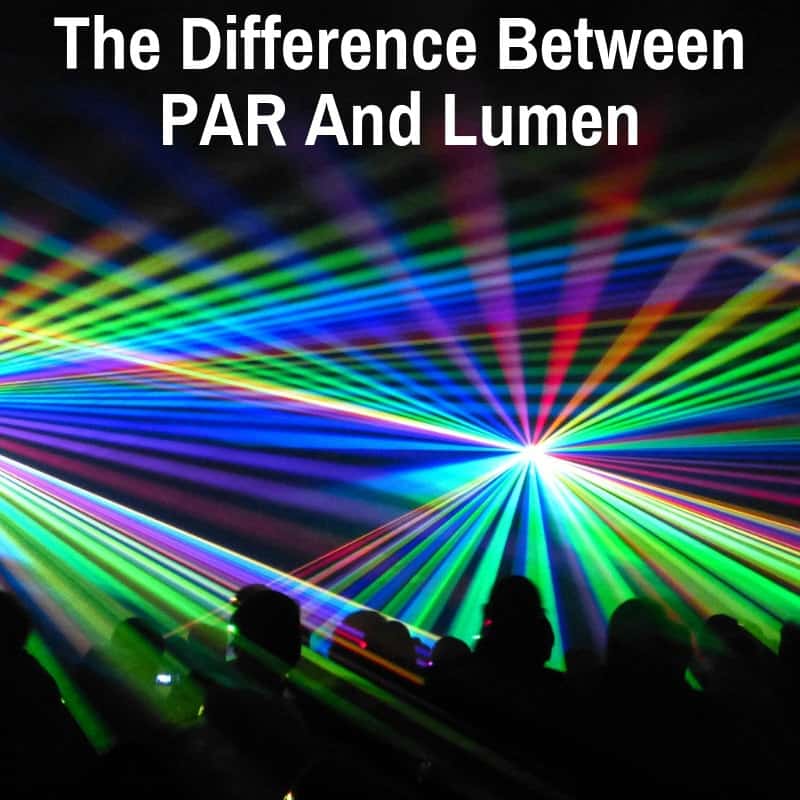 My light’s got tons of lumen, yo!

So what? mine has way more PAR!

Lumen or PAR? Which is better? And does it even matter?

More to the point, what do those terms actually mean?

We’ll cover that and more. Because it does matter.

Indoor agriculture has been booming, with investment in indoor agri-technology solutions estimated at $52 million in the US alone, for the period from 2011 to 2014 [1].

The use of grow lights is a vital component of indoor agriculture, either to supplement natural light, to lengthen daylight, or as a substitute for natural lighting where it is not adequately available.

So if you’re planning on growing indoors, chances are, you’ll need a grow light.

And that means you’ll need a way to determine how “good” it is.

You need to know how to compare the ratings given for different grow lights and how to decide which one is best for your intended application.

The most important factor to consider is the output of the light. Unfortunately, this can be a huge source of confusion, since several terms, most notably lumen versus PAR, are used in determining light output from grow lights.

What Is A Lumen?

A lumen is defined by the Merriam-Webster dictionary as “a unit of luminous flux equal to the light emitted in a unit solid angle by a uniform point source of one candle intensity” [2].

Generally, lumens are used to measure the brightness of light as perceived by the human eye.

Grow lights are commonly rated in lux, which is simply lumens per square meter.

Since the use of lumen for measuring light intensity focuses on human perception, the range of wavelengths used in determining the intensity of a light source in lumens is usually limited to between 400 and 700 nm, which excludes infrared and ultraviolet light. Additionally, extra weighting is given to yellow light since research has shown that the human eye has maximum sensitivity to light at a wavelength of 555 nm in daylight conditions [3], which falls right in the middle range between green and yellow light.

The problem is, yellow light is actually least useful to plants. We need a measurement that takes into account what plants want, not what we see best.

That’s where PAR comes in.

What Does PAR Mean In Lighting?

PAR, which stands for Photosynthetically Active Radiation, describes the waveband between 400 and 700 nm. This is the light that is used by plants for photosynthesis.

Thus, the focus of PAR is on light wavelengths that the plant interacts with during the process of photosynthesis.

This wave band overlaps with the visible spectrum used in lumen calculation.

Sensors used to measure PAR use one of two different weighting methods in arriving at the final value: the PPF (photosynthetic photon flux) and the YPF (yield photon flux).

PPF weighting gives equal importance to all photons of light falling between the 400 to 700 nm spectrum. This results in a relatively simple measurement system.

However, while it is useful for comparing the output of different grow lights, this method of weighting does not adequately address the difference in the sensitivity of chlorophyll at different light wavelengths.

That is why YPF weighting has been developed.

In YPF weighting, the range of the waveband considered is extended to between 360 and 760 nm, allowing it to accommodate infrared and ultraviolet wavelengths.

Additionally, photons in this range are weighted based on the sensitivity of chlorophyll to light in each particular wavelength. This yields a value that accurately represents the usefulness of the emitted light to the growing plant.

However, since the weighting is based on a graph of spectral sensitivity, the implementation of this weighting method in sensor development is more involved than for PPF based systems.

PAR Vs. Lumens: Which Is Better?

Despite the existence of overlap in the wavelengths used to calculate lumen and PAR, the relatively higher weighting given to yellow light, to which plants are not particularly sensitive, makes lumen values less useful in the selection of grow lights.

The ideal rating would involve the use of YPF weighted PAR, but even the use of PPF weighted PAR, which considers equally all wavelengths within the photosynthetically active waveband, gives a better estimate of a particular grow light’s impact on plant growth than the lumen value.

This is especially true for the majority of LED plant lights, which are heavy in red and blue spectrum light and do not contain as much yellow and green light.

In summary, both lumen and PAR are useful values for determining light intensity.

A higher lumen light will appear brighter to the human eye, because the weighting of the different wavelengths in determining lumen value for a lamp is based on the sensitivity of the human eye. This means that yellow-green wavelengths are given the highest weighting.

Lumen is great for measuring the light intensity when you are lighting your home, or any other space for humans.

But for an indoor grower, PAR is a better indicator of the effect a grow light will have on the growth of the plant, since higher weighting is given to wavelengths necessary for stimulating growth and for the development of leaves, fruit and flowers.

Choosing a light with higher PAR ratings throughout its coverage area means better growth and higher yield in your indoor garden. The lumen rating of the light does not tell you as much about its effectiveness for plants.

Lumens are for humans; PAR is for plants.