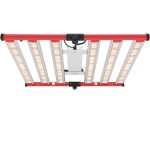 Most COB grow lights are worthless. Not the Aglex Cob LED grow lights. All four lights in the Aglex COB Reflector Series (the 600W, the 1200W, the 2000W and the 3000W) are impressive. They ranked only a tenth of a point behind the Phlizon COB in our ranking of top COB plant lights. The same goes for the K series, which are quantum style lights, and the M series, … END_OF_DOCUMENT_TOKEN_TO_BE_REPLACED 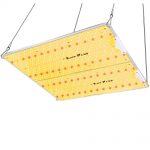 Quantum board style fixtures are now easily the best-selling LED grow lights. They've better in every way than the traditional boxy fixtures, with their blurple light. But the famous brands are not cheap. If HLG just isn't in your budget, you'll have to look at the Chinese branded HLG clones. Doesn't that mean a huge drop in quality and zero customer service? Not … END_OF_DOCUMENT_TOKEN_TO_BE_REPLACED 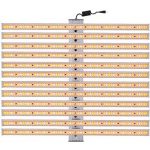 I'm sure you've heard of the Fluence Spyder and Gavita 1700e grow lights. Both are crazy popular. They're also crazy expensive. And crazy unavailable, with lead times of many weeks, even months. That's where the Aceple AG-6000 comes in. It is very similar to those two lights, giving you most of the advantages, without the two biggest disadvantages: it costs far … END_OF_DOCUMENT_TOKEN_TO_BE_REPLACED 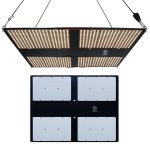 Can you trust them? That's the big question when it comes to Chinese manufacturers. And it's an even bigger question with manufacturers who only sell their lights in China, on websites like Alibaba. Shenzhen Meijiu Lighting Co is one such company. When it comes to quantum style LED grow lights on Alibaba, two suppliers stand out: Meijiu and Kingbrite. Both have a … END_OF_DOCUMENT_TOKEN_TO_BE_REPLACED Not everyone can afford an HLG quantum board LED grow light. That's where the Chinese knock-offs come into play. The best of them like Spider Farmer, cost quite a bit less. But they're still imported and that drives up the cost. If you go right to the source, you can find the same lights for even less. That means shopping on the Chinese website Alibaba. Isn't that … END_OF_DOCUMENT_TOKEN_TO_BE_REPLACED 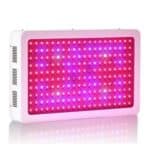 Galaxy Hydro is no more. The company was bought up by Roleadro. Thankfully, they kept some of the lights alive in their Galaxyhydro Series. The Galaxy Hydro 600 is gone, but the Galaxyhydro 2000 pictured here and reviewed below is basically the same light, in terms of features and price. The main difference from the old Galaxy Hydro 600 is that they are now … END_OF_DOCUMENT_TOKEN_TO_BE_REPLACED