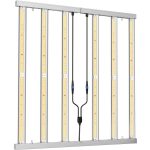 It's insane how many bar style LED grow lights have been flooding the market recently. It seems like every brand is jumping on the bandwagon and Viparspectra is no exception. The Viparspectra KS series of grow lights features Samsung chips, just like the top brands, but they sell for a much lower price. This makes them exactly like so many other budget brands … END_OF_DOCUMENT_TOKEN_TO_BE_REPLACED 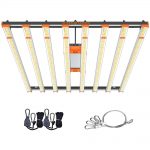 Quantum boards are all the rage. It started with HLG, but now several budget brands have started offering quantum boards with Samsung chips and quality drivers. One of the best is Spider Farmer and their SF line of lights. They basically give you what HLG gives you, but at a fraction of the cost. And their new SE line give you bar style lights that easily beat … END_OF_DOCUMENT_TOKEN_TO_BE_REPLACED 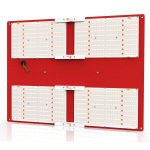 Everyone has heard of quantum boards by now. You can't visit any forum on growing without seeing HLG LED grow lights mentioned, and usually in glowing terms. But how much of the hype is real? And how much is just good marketing? Here's the truth: the reason you keep hearing and reading about them is mostly down to marketing. When they first came out, HLG made … END_OF_DOCUMENT_TOKEN_TO_BE_REPLACED 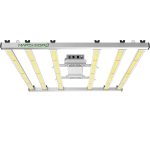 Mars Hydro finally joined the fun. They jumped on the quantum board and bar light bandwagons (who hasn't at this point?) and released several full-spectrum white LED grow lights. In fact, they released four lines of lights: the SP series, TS series, FC series, and FC-E series. Two are bar style lights and two are quantum board style lights. What's the difference … END_OF_DOCUMENT_TOKEN_TO_BE_REPLACED 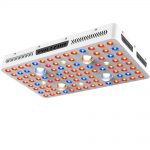 There's a reason I'm reviewing the Phlizon COB lights and not the Phlizon Newest LED grow lights. And it's simple: this series of lights is far better. Yes, it costs more, but it gives you double the output and a far better spectrum for plants. So why does every other site review the Phlizon Newest lights only (and rave about them)? It's because those lights … END_OF_DOCUMENT_TOKEN_TO_BE_REPLACED BestVA LED grow lights are not as powerful as they claim. Let's get that out of the way immediately. Like all Chinese manufacturers, BestVA are not honest about their light. I don't know why all Chinese brands do this, but I find it extremely frustrating. Especially because the lights are often very good. These certainly are. They're just not as good as … END_OF_DOCUMENT_TOKEN_TO_BE_REPLACED Top brand LED grow lights are insanely expensive. So how is it possible that a light like the 1000 watt King Plus sells for a fraction of the price? It must not be any good, right? Not quite. While it is true that this light can't match the top brands, it still does surprisingly well. If you take the price into consideration, it may actually be a better … END_OF_DOCUMENT_TOKEN_TO_BE_REPLACED